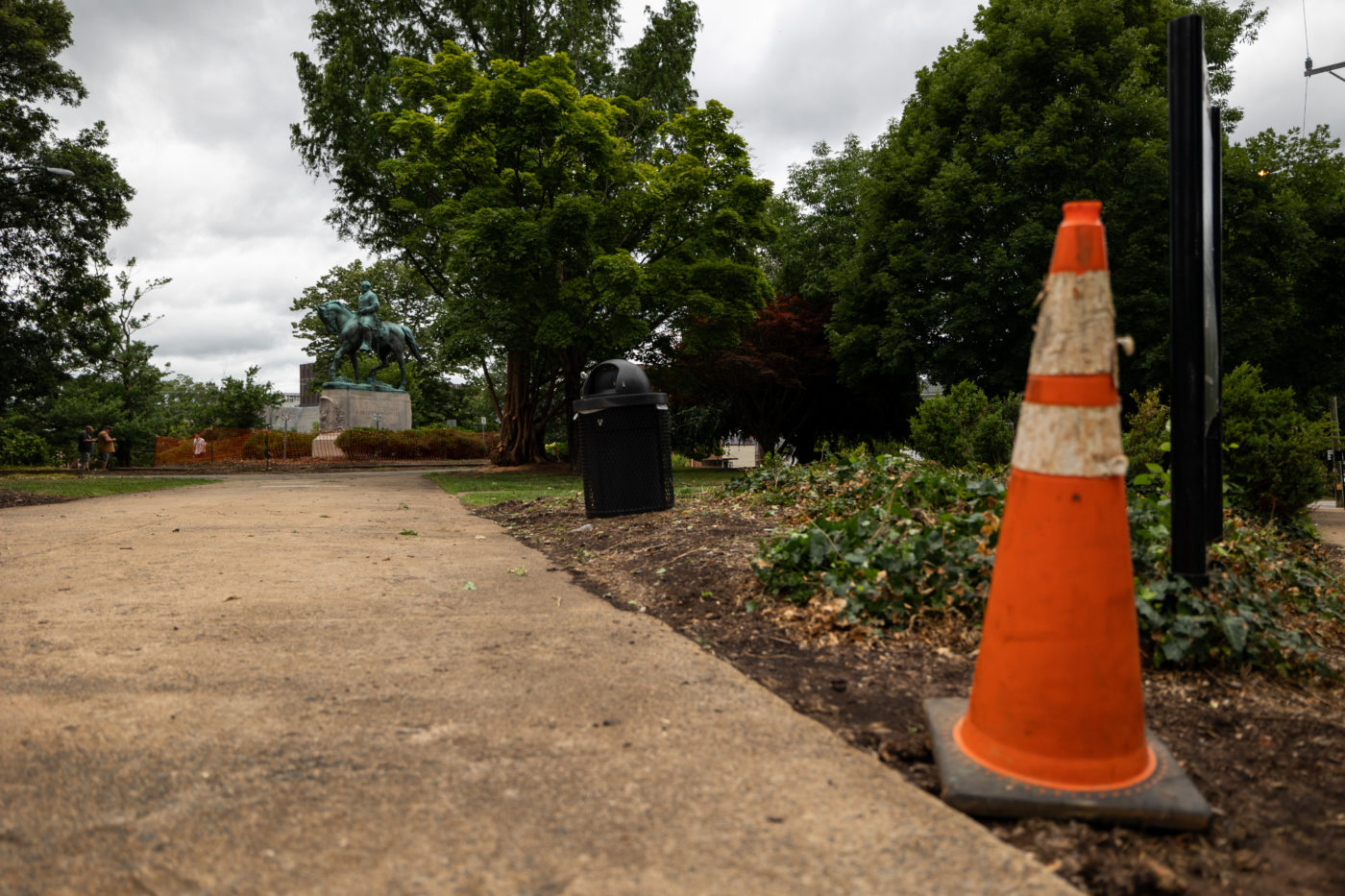 After five years of legal hurdles, a change in state law, white supremacist rallies and a Supreme Court of Virginia ruling, Charlottesville’s monuments of Confederate Gens. Robert E. Lee and Thomas “Stonewall” Jackson are finally coming down, for now.

On Thursday passerby noticed tree trimming happening at Market Street Park, where Lee has sat since 1924, and speculated that it must have something to do with the monuments coming down. Wednesday morning, the City Council had held a special meeting where $1 million was appropriated for the removal, covering or storage of the statues. The council had also passed a resolution granting City Manager Chip Boyles authority to determine the statues’ fates. By Thursday night, Charlottesville Tomorrow confirmed that the statues would come down soon and be moved to storage while the city determined what their final resting place might be.

By Friday morning, the city issued a release that the monuments would come down on Saturday.

The statement reads that Boyles is “not authorized to destroy the statues or to sell them without further action by City Council. Both statues will be stored in a secure location on City property until City Council makes a final decision on disposition.”

Since the council’s resolution to remove the monuments on June 7, the city has solicited interest from museums, historical societies and battlefields that may be interested in receiving the bronze men. According to the release, Charlottesville has received 10 responses so far and will continue to receive interest.

So far, six out-of-state and four in-state inquiries are under review. Charlottesville Tomorrow has also filed a Freedom of Information Act request to learn more about the proposals, and the city has until next week to fill it.

In the months since the state Supreme Court ruled that Charlottesville could take its statues down immediately, and during the council’s action to follow a 2020 state law, several community residents have voiced concern about the potential of the monuments standing during the anniversary of the Unite the Right rally.

Residents have also urged the council to not select a space where the statues could continue to be publicly viewed and revered.

“You don’t want them to end up somewhere where they’re just going to be venerated or serve as continued celebrations of the Confederacy,” Councilor Michael Payne told Charlottesville Tomorrow recently. “And now, the events of Aug. 11-12, 2017, is really bound up with the history of these statues, as well.”

Take Em Down CVille, a group of activists who have spent years advocating locally and at the state level to remove the monuments, also issued a statement in support of the upcoming removal.

“This is an important milestone in Charlottesville’s difficult, ongoing work of tearing down the remaining structures of institutional racism that are rife in our community’s systems and practices,” the statement reads.  “Today we re-commit ourselves to creating a community that renounces that cause, rejects white supremacy, and values Black lives.”