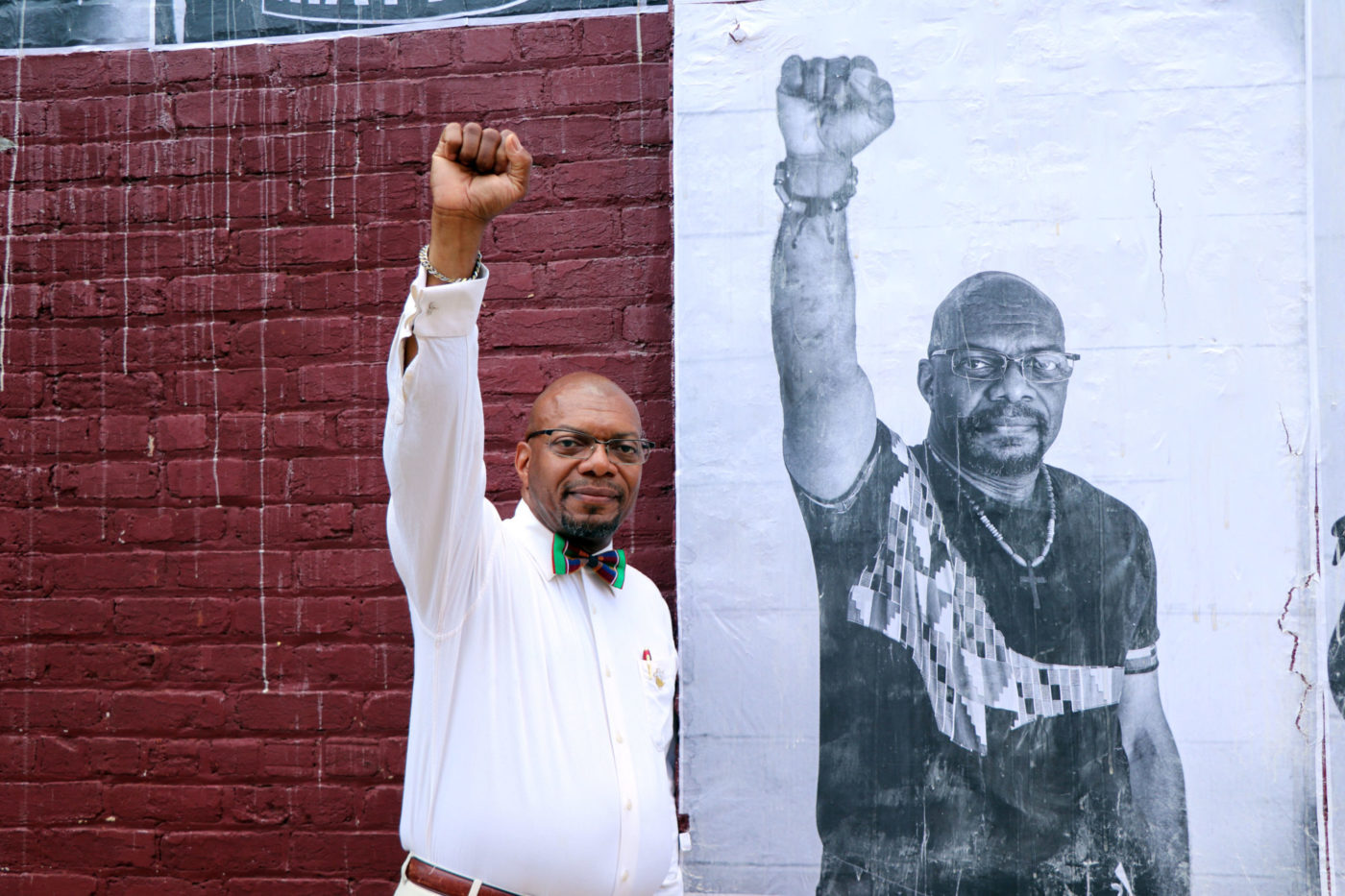 Community organizer Don Gathers stands next to his portrait during the “Inside Out: This Is What Community Looks Like!” photography installation that commemorated Charlottesville activism two years after Aug. 2017.

Activist Don Gathers’ 2019 run for the Charlottesville City Council was cut short just after it began, in part by threats from an out-of-state white supremacist targeting his campaign online. With the approaching Aug. 31 sentencing of the Florida resident, Gathers opened up about that experience in the midst of continued attacks on area residents in the aftermath of the 2017 Unite the Right rally.

Three years ago, Gathers witnessed white supremacists and neo-Nazis descend upon Charlottesville, culminating in the death of activist Heather Heyer and injury of more than 30 people. In 2019, within hours of announcing a coalition campaign with fellow activist Michael Payne, Gathers was threatened.

“I still for the life of me don’t have any idea why — other than, you know, it’s just a racial issue,” Gathers said of being the subject of online threats. “That’s where we are as a country.”

Florida resident Daniel McMahon, who used various online pseudonyms to espouse white supremacy and make racial slurs, sent the threats to Gathers and his campaign through his “Jack Corbin” account. Writings from that account also had been shared by the 2018  Pittsburgh synagogue shooting suspect. 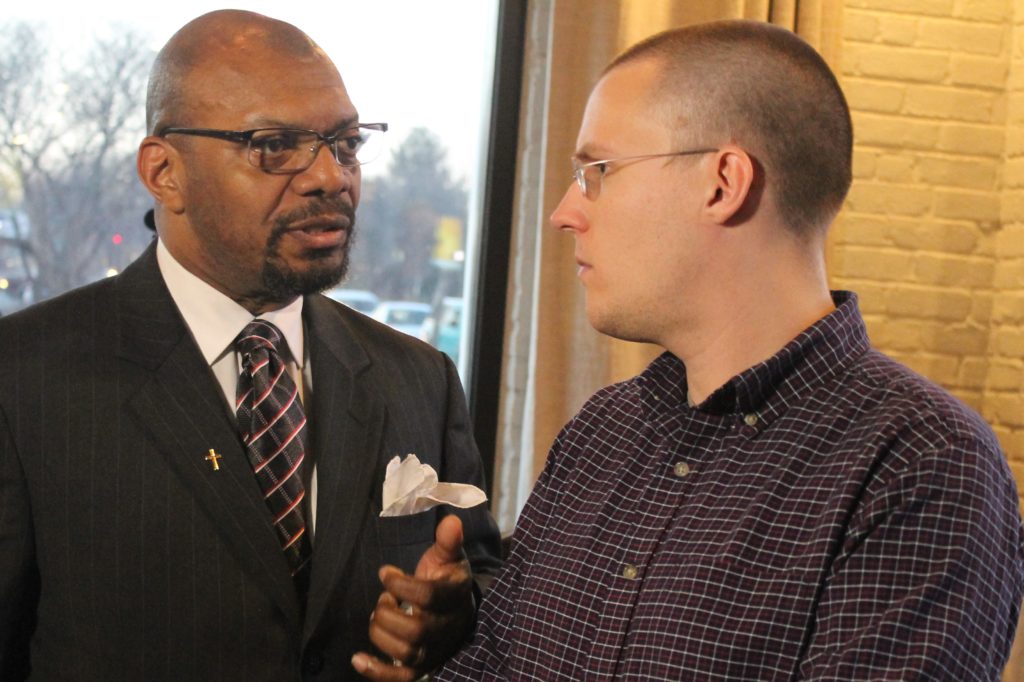 In early 2019, Gathers had announced his run for the City Council before suspending it, citing health concerns. Gathers could not discuss the situation at the time because it was under federal investigation, and now attributes the threats to part of his stepping back from seeking office.

“That had a lot to do with it,” he said. “When you start to make direct threats against friends and family, it gets your attention. I’m a big boy. I can take care of myself, but I can’t be everywhere for everybody taking care of everything.”

McMahon’s sentencing later this month will occur in the U.S. District Court for the Western District of Virginia.

Gathers said that it has been difficult to understand why a Florida man would be so concerned with a local election in Virginia but came to conclude that racism has been a strong thread for McMahon.

“I had never heard of this individual before, and before this if he had walked in the same room, I probably wouldn’t have paid him any attention and certainly wouldn’t have known who he was,” Gathers explained. “So why I was selected and singled out by an individual in Florida, and what the care and concern is about a City Council race in Virginia, I don’t get it. I imagine as much as anything these are the times that we’re in and these are the issues that we particularly as Blacks continue to face.”

Speaking up has been intrinsic in the various ways Gathers has served the Charlottesville community and, particularly, its people of color — he’s a deacon at First Baptist Church on Main Street; a founding member of Black Lives Matter Charlottesville; a member of the Blue Ribbon Commission on Race, Memorials and Public Spaces; and a former member of the first Police Civilian Review Board. The latter was a position he stepped back from when he suspended his City Council campaign, but he continued to support the CRB from the sidelines.

Of the online threats and legal procedures, Gathers said the experience has been “heavy.” With McMahon’s upcoming sentencing later this month, he is anxious to get past this chapter in his life and back to a sense of normalcy — “whatever that might look like in these times.”

With the resurgence of the Black Lives Matter movement nationwide amidst the COVID-19 pandemic, Gathers is still speaking up.

“I’ve been Black a long time now, and it’s just something that we as a people have always had to endure and navigate our ways through,” Gathers said.  “It’s the hand that we were dealt. Would I have it any other way? Absolutely not. I’m proud of the skin that I’m in.”