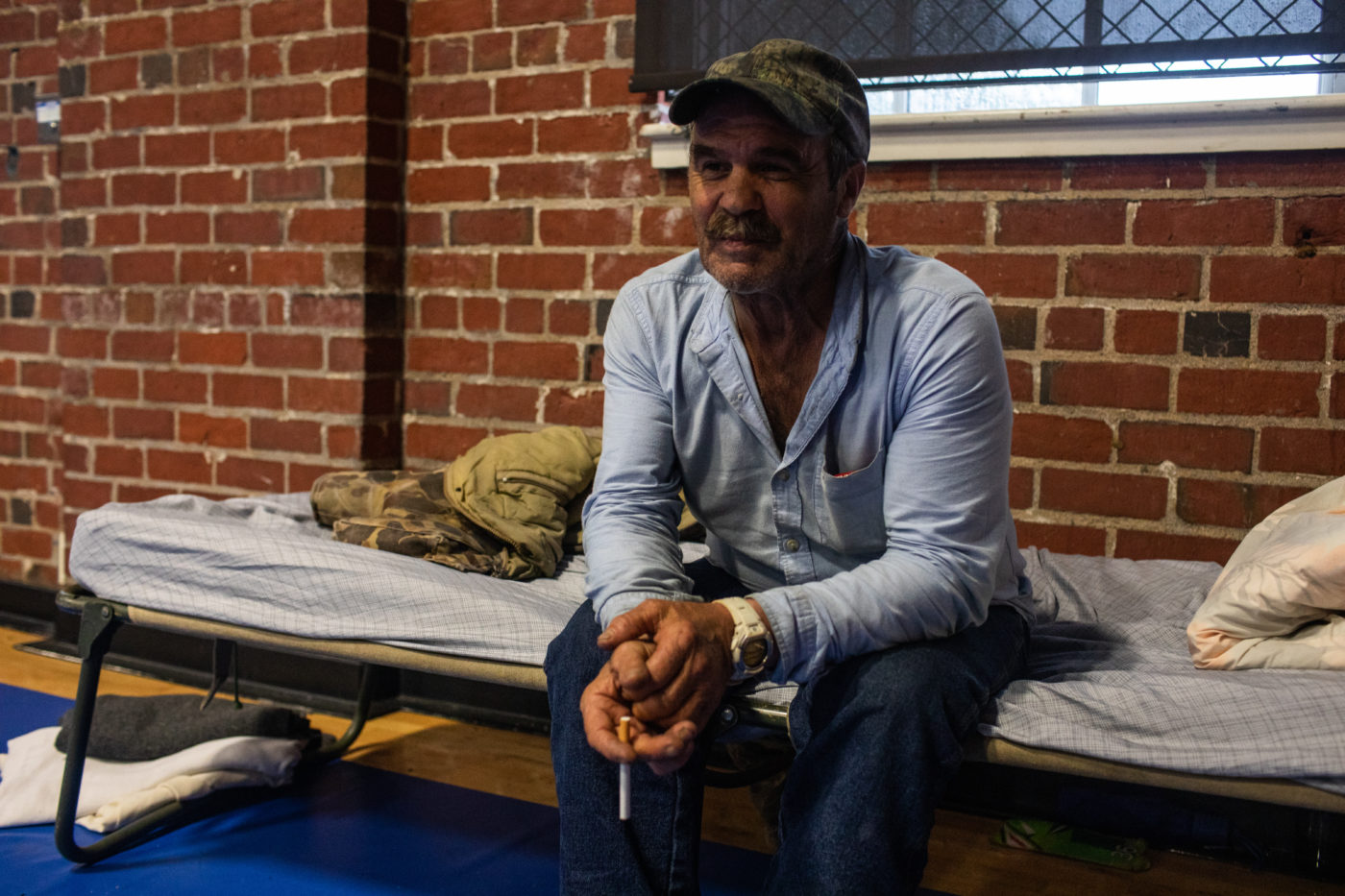 Jim Bourn sits on his bed at the Key Recreation Center in early June 2020. Bourn has been living at the facility since mid March.

For Jim Bourn, a man from Brighton, Michigan, experiencing homelessness, Charlottesville is something of a mystery.

Every night from March 23 to June 3, though, Bourn had a familiar place to rest his head. He and about 20 others slept in Key Recreation Center, which served as People And Congregations Engaged in Ministry’s indefinite shelter space for men experiencing homelessness.

Prior to repurposing the space as a shelter, it was unclear how PACEM would house people seeking shelter during the coronavirus pandemic.

PACEM Executive Director Jayson Whitehead said that decisions had to be made quickly.

“We were having really serious discussions about how we need to alter our sleeping sites where the cots are traditionally, like, 2 feet apart from each other,” Whitehead said. A space needed to be found that could host beds 6 feet apart in order to maintain social distancing guidelines.

Whitehead said it was clear that it was going to have to be a gymnasium somewhere downtown because of the amount of space needed and to maintain proximity to The Haven day shelter, where many people access crucial services throughout the day. Key Rec provided the perfect solution, compared to the church spaces PACEM traditionally relies on, which they rotated through every two weeks.

Kaki Dimock, director of human services for the city of Charlottesville, said this predicament was long anticipated by Charlottesville’s housing security network.

“The consequence of having a homeless population that is maintained in shelters is that during a pandemic, you have the highest-risk people in a position where they cannot quarantine,” Dimock said. “They cannot stay isolated, they cannot stay home. That really presents a pretty significant public health problem to communities.”

At the start of the crisis, the city began implementing a phased plan to move people experiencing homelessness into hotel rooms with money obtained from the CARES Act, which Congress enacted to lessen the economic fallout from the pandemic.

The first phase was to provide rooms for those who tested positive for the COVID-19 virus and had to be immediately quarantined. The second round provided rooms for people who had pre-existing conditions that made them more susceptible to contracting the virus. This reduced the amount of men staying in the shelter by about ⅔.

But after Phase 2 of Gov. Ralph Northam’s plan to reopen the state forced PACEM to close Key Recreation Center as a shelter, it was “down to the wire to identify the funding source,” Dimock said, for the third phase of hotel rooms until just days before PACEM had to leave the center. An additional CARES Act funding stream was located, and the remaining people moved into hotel rooms after the center closed on June 3. The men will stay there through the summer, as long as funding remains accessible.

The challenges the pandemic poses for the housing security network in Charlottesville are far from over, though.

“Most experts are predicting a resurgence (in COVID-19 cases) when temperatures go back down. In congregate settings, you already have things like a strain of the flu sweep through or different ailments like that,” Whitehead said. ”The big thing for PACEM in particular is we’re going to have to find another stationary site similar to Key Rec in terms of space and locality. It’s going to have to be walking distance from downtown or really close to a bus line.”

Whitehead also expressed that the current transportation model, which utilizes Jaunt buses to transport up to 18 people each from The Haven to the congregate church shelters, will also not be viable as the pandemic becomes more lethal.

Without the hotels, many of the approximately 50 men and 20 women staying with PACEM each night would have no other place to go in the cold months. David Anderson, who was previously staying at Key Recreation Center, said that he has no other option.

“When this closes, I’ll be on the street. I’m trying to find a tent. That’s what I’m planning to do,” Anderson said. “You can’t set up systems to say you’re giving people housing and not get them housing. People are still on the street. That’s the problem that we have here.”

Until a new system can be put in place, hotel rooms seem to be the only solution.

“Our goal is to have people experiencing homelessness in hotels through the end of the year, if we can find the funding that would be required to do that, so that the burden on the shelter system is reduced,” Dimock said.

“There is some acknowledgement that it would be a terrible thing to move people out of emergency shelters to hotel rooms and then move them out of hotel rooms to the street,” Dimock added. “I don’t think anyone sees that as a viable, tenable, or defensible choice.”

The long term solution is to try to secure enough funding to find permanent housing for people experiencing homelessness, which could include the purchase of a large property that could be repurposed, according to Thomas Jefferson Area Coalition for the Homeless Executive Director Anthony Haro.

“We are looking into and pursuing what it could take to purchase a hotel, use that as an emergency shelter in the meantime, and then transition it or redevelop it for permanent housing later down the road, that would be the ideal situation,” Haro said. “It takes a lot of resources to do that but it would be a tremendous and significant addition for our community. It would mean a very significant change for homelessness in Charlottesville.”

Officials say creating new housing is preferable because of the limited nature of the housing market in Charlottesville.

“We have a housing shortage in this community. We find that sometimes even with the funding amounts we need to put people in housing, we can’t always find the units in Charlottesville or even in Albemarle [County],” Dimock said. The insecurity presented by the pandemic and the possibility of a second wave only further the difficulty.

”Even if housing efforts are really successful, a lot of forecasts are that the economic impact of [the pandemic] is going to translate to more people experiencing episodic homelessness,” Whitehead said. “[There are] lots of folks on that low-economic end that just fall in and out of homelessness a lot, and they are only with us for like a week and we don’t even see them again. I don’t see how that’s gonna get better at all for a while.”

Despite the challenges faced, Dimock emphasized the potential for a community like Charlottesville to make the systemic changes needed to accommodate people experiencing homelessness.

“While sometimes thinking of the longer term solution for any homelessness can feel daunting and overwhelming,” Dimock said. “We also have a small enough population in the community that if we assume the risks and the costs of responding to them now, maybe we’ll invest the money collectively to eliminate homelessness so this doesn’t happen to us or to them again.”

Haro hopes that the new funding sources that have been created to respond to the pandemic could create a breakthrough for local groups to respond to people experiencing homelessness. 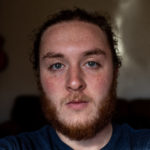 Written by:
Zack Wajsgras
@ZackWajsPhoto
Zack Wajsgras is a freelance photojournalist. He focuses on news, identity and community and previously worked for The Daily Progress.