The Walker playground project is almost underway. Here’s what you need to know. 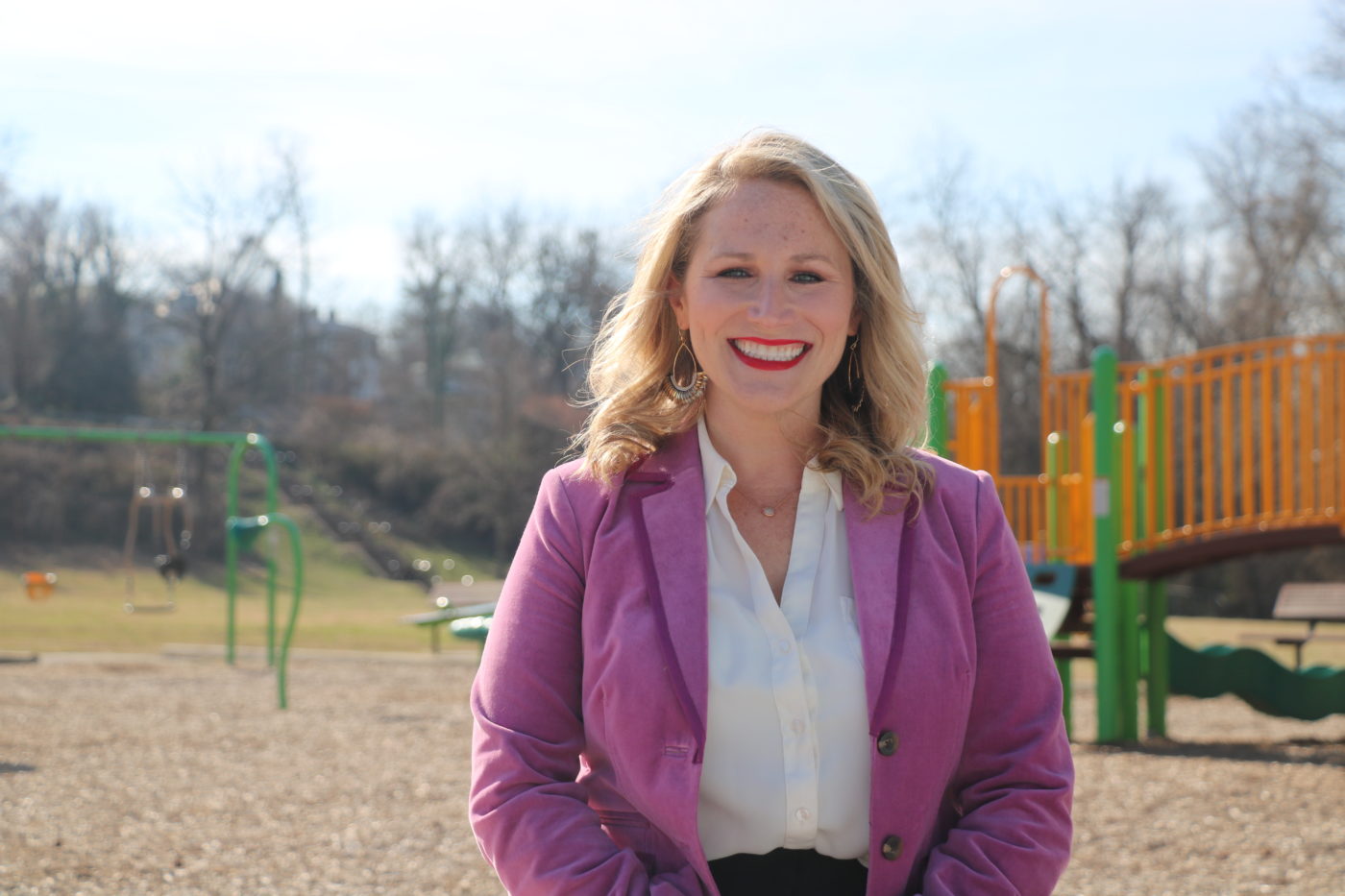 The city owns the land, but the parent leading the project, Christa Bennett, said she’s optimistic that she’ll get the City Council’s approval to move forward. She hopes to go before the Council early March.

Parents say traveling to Burnley-Moran without a vehicle feels unsafeCommunity members take to the streets over underfunded schoolsWhat does learning look like in high-quality preschools?

Starting this fall, students coming to Walker Upper Elementary School should have an enhanced place to play.

The new playground project has been funded through grants and community donors and received full support from the Charlottesville School Board earlier this month.

The project will cost between $150,000 to $200,000. For more information, visit aplaygroundforwalker.com/donate.

The city owns the land, but the parent leading the project, Christa Bennett, said she’s optimistic that she’ll get the City Council’s approval to move forward. She hopes to go before the Council early March.

How did it happen?

Bennett, who moved to Charlottesville eight years ago after her husband took a job at the University of Virginia, has two children in Charlottesville City Schools, 6-year-old Maggie, at Jackson-Via Elementary School, and 11-year-old Emma, at Walker.

Two years ago, she learned that Walker didn’t have a playground because of a lack of funding, Bennett said. At first, she brainstormed ideas about how she would make the project possible. She began working on the project last year.

Other people who helped included parents of the Walker-Buford United Parent Teacher Organization and community members. 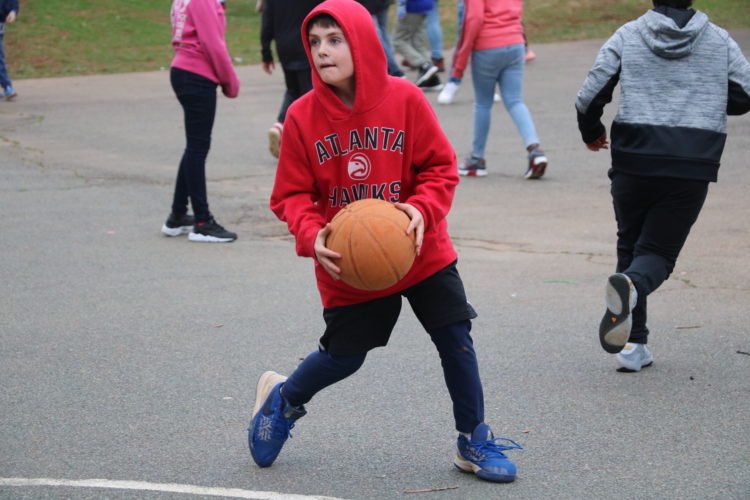 Abe Jaspen, a fifth-grader at Walker, plays basketball on a recent morning.

Bennett was motivated to oversee the playground project because, she said, it’s important to give back to her community. Her passion for helping others stemmed from her upbringing. Her dad, Don, is a pastor. Her mom, Vicky Peacock, is a teacher.

“They were very invested in giving back to their community,” she said.

This is not her first time helping others.

Bennett, founder of consulting firm Community Well, is also co-founder and director of Network for Africa.

Much of her work in Charlottesville, like building a playground for students, is similar to the work at Network for Africa, which is meeting the needs of communities.

Network for Africa aims at helping “communities torn apart by conflict and genocide to overcome the paralysis by trauma,” according its website, adding that it also helps with mental health problems.

Investing in a playground is a way of saying that the community cares about the children, she said, adding that an outdoor classroom could be included in the playground project based on how much money is raised.

What does a parent think?

Shannon Wright, the parents of twin 9-year-olds, Eva and Lillian Reid, said she was a little worried that her children wouldn’t have a playground. Currently, her daughters are fourth-graders at Burnley-Moran Elementary School. They will attend Walker in the fall.

“Play is so important for kids, not just for brain development [but] for stability to regulate and have an opportunity during this learning day to use their bodies in different ways,” Wright said.

Wright, a social worker, said the playground is not just for fun. It also promotes learning.

“It’s important for kids to have the opportunity to relate to each other through play and being outdoors and being physically active,” she said.

The playground promotes everything that Charlottesville City Schools is about, she said, so she’s thrilled the School Board supports the project.

“I’m happy for not just my kids, but for all kids coming [to] Walker after the summer,” she said.

What do students think?

An aspiring teacher, Eva said having a playground makes her wants to come to school. She spoke in favor of the project at a School Board meeting.

One of her teachers influenced her to go into the teaching field, she.  Her goal is to educate those who cannot afford attending a private school.

“There’s a teacher who did the same thing I want to do. She didn’t really like school when she was a kid, and now she’s at my school,” Eva said. “She’s really funny. Whenever she comes, she lights up my day. I kind of want to be like her.”

Lillian also said having a playground makes her want to come to school more, adding a lot of children rely on playgrounds during recess. They might not enjoy recess as much without a playground.

Among several activities, the aspiring soccer player and professional sleeper said normally she would do the monkey bars or sit on one of the nearby benches. 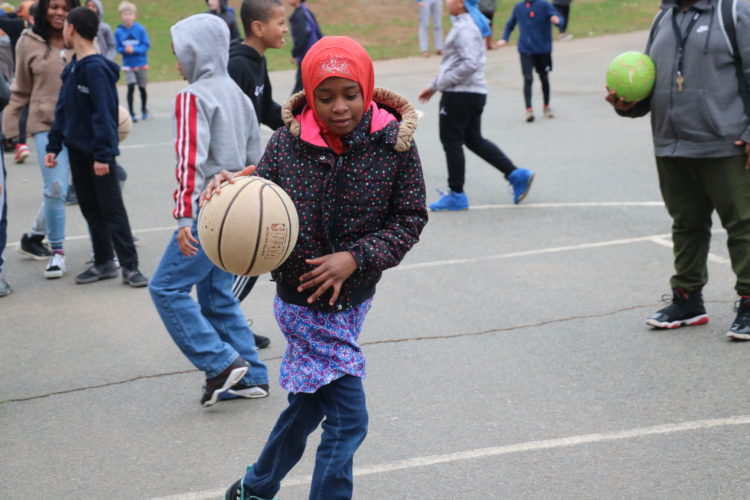 What about the reconfiguration?

The playground will be located at the end of the school soccer field.

Under the plan, sixth grade will move to Buford, and fifth grade will move down to the elementary schools. The Walker building then will serve as a centralized preschool center. The plan will allow all preschool children to be under one roof, offering wraparound services, like a health clinic and counseling.

Walker serves nearly 700 children every year. Bennett said that, hypothetically, if the reconfiguration occurs three years from now, that’s 1,400 children that would benefit from the playground.

And even if the division is not able to use the playground upon completing the Walker-Buford project, Bennett said Charlottesville Parks and Recreation has identified a public housing neighborhood that will benefit from it.

“It will be used for many years to come,” Bennett said. 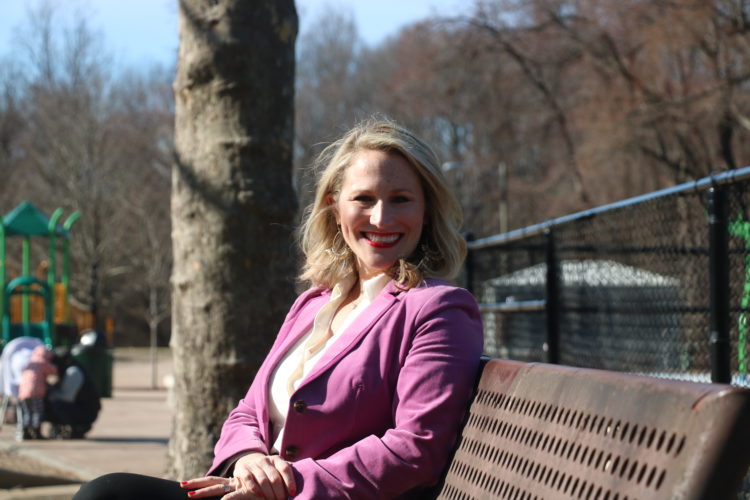 Bennett was motivated to oversee the playground project because, she said, it’s important to give back to her community. Her passion for helping others stemmed from her upbringing.