Who is Chip Boyles, and how did he become Charlottesville’s city manager? 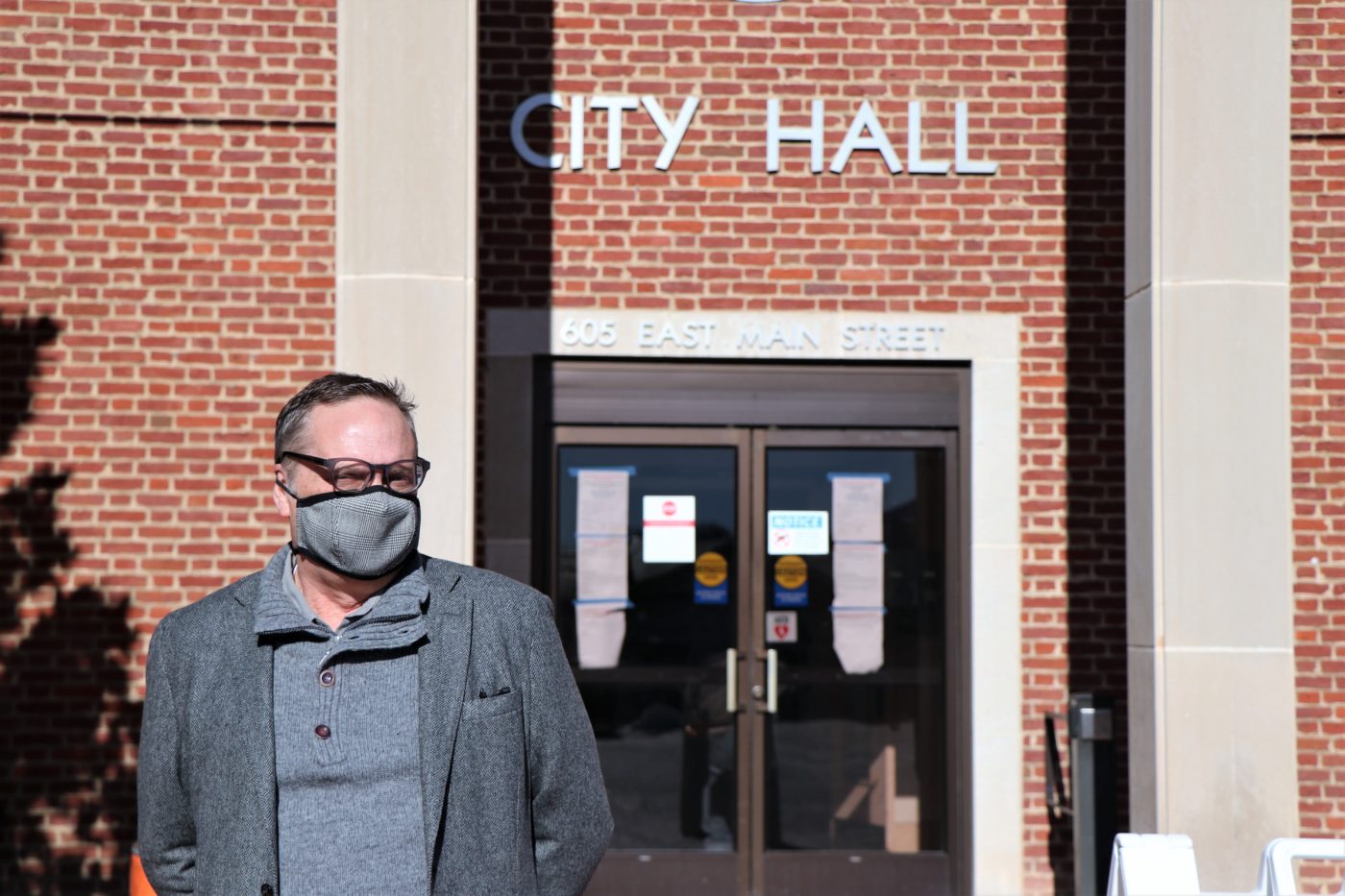 In unusual selection process, the local government veteran is ready to stabilize Charlottesville

Chip Boyles, the executive director of the Thomas Jefferson Planning District Commission, grew up with a family involved in local government and has spent his life working in local government. So, as Charlottesville faced government instability, council members turned to him for help with solutions. How that turned into his appointment as city manager happened in a nontraditional way.

Initial conversations between Boyles and the City Council, he said, entailed his insights as the head of the TJPDC.

“It evolved into the discussion of how it would have to be long-term and moved away from helping as an employee of TJPDC,” Boyles said of the pivot to him stepping in as the city’s top executive.

Councilor Heather Hill said that initial conversations were “through the lens of partnering with TJPDC on stabilizing local government” before “realizing the extent of what we need is different.”

While councilors are hesitant to refer to Boyles as “interim,” he is expected to serve ahead of a formal hiring process — which he can apply for — set to occur by next year.

Hill explained that while Boyles’ appointment is not permanent, the council decided it was best to empower him as if he were in the position long-term.

“‘Interim’ is something that can be perceived as short-term and not the full authority of a city manager,” Hill said. “We wanted to empower him to come in and rebuild the organization.”

While the process of how he was hired for the role was unusual, Boyles said the process isn’t totally uncommon. In his experience, he has seen planning district commissions tapped to assist with government hiccups or, in cases of smaller localities, contract with local governments to serve managerial roles.

Boyles said that some councilors were familiar with his work through their associations with TJPDC. In discussing how the city could quickly bring stability to its government, the numerous key vacancies paired with newly discovered resignations prompted talks of Boyles assuming the leadership role.

“When we learned that John Blair had accepted the job in Staunton, Mayor [Nikuyah] Walker reached out to Chip Boyles to see if he would be interested,” Councilor Lloyd Snook wrote in an email. “ At first it was just to help; later it became clear that we needed someone to be the city manager, and we needed that person to be able to be announced by mid-January.”

Charlottesville Tomorrow reached out to every council member and only received responses from Snook and Hill at the time of this publication.

“We recognized there was a need for continuity in leadership,” Hill said.  “We had a relatively short time window to ensure we had a transition plan in place.”

Snook, Hill and Boyles confirmed that Boyles was interviewed during one of the three closed meetings held last month prior.

At the time, Walker and Councilor Michael Payne emphasized that how Boyles was selected was not how the council planned to conduct the process in the future.

“We were not elected to make decisions behind closed doors,” Walker explained in the Jan. 14 press conference announcing Boyles. “We understand it is important to make this decision with you. We are only here because of you all.”

Boyles asserts that he accepted the position with the knowledge that, by 2022, a more formal search would be conducted for a more permanent City Manager.

In recent years, Charlottesville has had a revolving door of city managers and interim city managers. At the same time, there has been an exodus of city staff in key positions.

“I have walked into some pretty trying situations in the past,” Boyles said, noting instances of internal strife in governments he has joined.

When he assumed his role as town manager of Taneytown, Maryland, he said, the person previously hired left during a lunch break and never returned.

Boyles likened the situation to the recent hire of a Neighborhood Development Services director who ended up accepting the position before reneging and taking a role in Prince William County.

As he entered his role as urban development director in Baton Rouge, Louisiana, it was still recovering from Hurricanes Katrina and Gustav. There, Boyles was able to utilize federal aid from President Barack Obama’s stimulus package and take stewardship over how some municipal funding was being directed. The experience, he said, is going to be helpful in managing various funding related to COVID-19 relief.

“My main goal is to get the positions filled with the right people."

On immediate priorities, Boyles aims to fill the key vacancies in city staff and strengthen relationships between employees.

“I do think he made some very good decisions in his structure revisions,” Boyles explained. “Will I likely tweak them at some point? Yes, I think so. And I think had he stayed in the position, he would still be tweaking a little bit.”

In his role as city manager, Boyles looks forward to helping strengthen relationships in city staff and tap into everyone’s different strengths.

“My main goal is to get the positions filled with the right people. If we can find the right people who have the commitment to the city and buy-in to its vision, we’ll utilize their best skills wherever they’re needed,” Boyles said. “It’s getting people that will best become part of a team.”

“I want to get the right people on the bus, and then we will start to move them to the seats they best belong in,” Boyles said. “If there are people on the bus now that are not happy, we want to help them get on the right bus as well.”

As consultants continue drafts of the city’s Comprehensive Plan, affordable housing strategy and zoning rewrite, Boyles said the council and city staff don’t need to wait for the formal process to be complete to implement some of the recommendations.

“Not all strategies have to wait for formal approval of a plan,” Boyles said. “Some things can be expedited.”

Examples include enhancing affordable dwelling units on properties and enhancing regional cooperation between Charlottesville and surrounding counties — in particular, Albemarle.

Still, Boyles adds that like the government instability, the affordable housing issues in Charlottesville evolved over time and it will take time to implement solutions.

“We didn’t get into this affordable housing issue overnight, and we’re not going to fix it overnight, either,” he said.

With the public health and economic impacts of the COVID-19 pandemic, Boyles also notes the historic struggles every government is facing currently. In taking the helm, he said he is up for the challenge.

Born in Savannah, Georgia, and raised around Hilton Head, South Carolina, Boyles recalls a childhood spent paying attention to elections. His father served on a board of supervisors, and his 85-year-old mother is currently seeking re-election to her potential fourth term on a city council. For Boyles, he always felt compelled to public service through local government.

Before coming to Charlottesville seven years ago as executive director of TJPDC, Boyles garnered planning and management experience in several cities, served on the board of a library system and oversaw programs for a redevelopment authority. In Charlottesville, he has been involved in the Regional Transit Partnership.

Boyles has a bachelor’s of political science from the University of South Carolina and a master’s in public administration from Clemson University.

In his downtime, he and his wife have spent time engaged in high school sports — of which their son participates in.

Local government employees and engaged residents who attend government meetings may be familiar with Boyles, but he has largely flown under the radar of the public eye  — “I liked keeping it that way” he said.