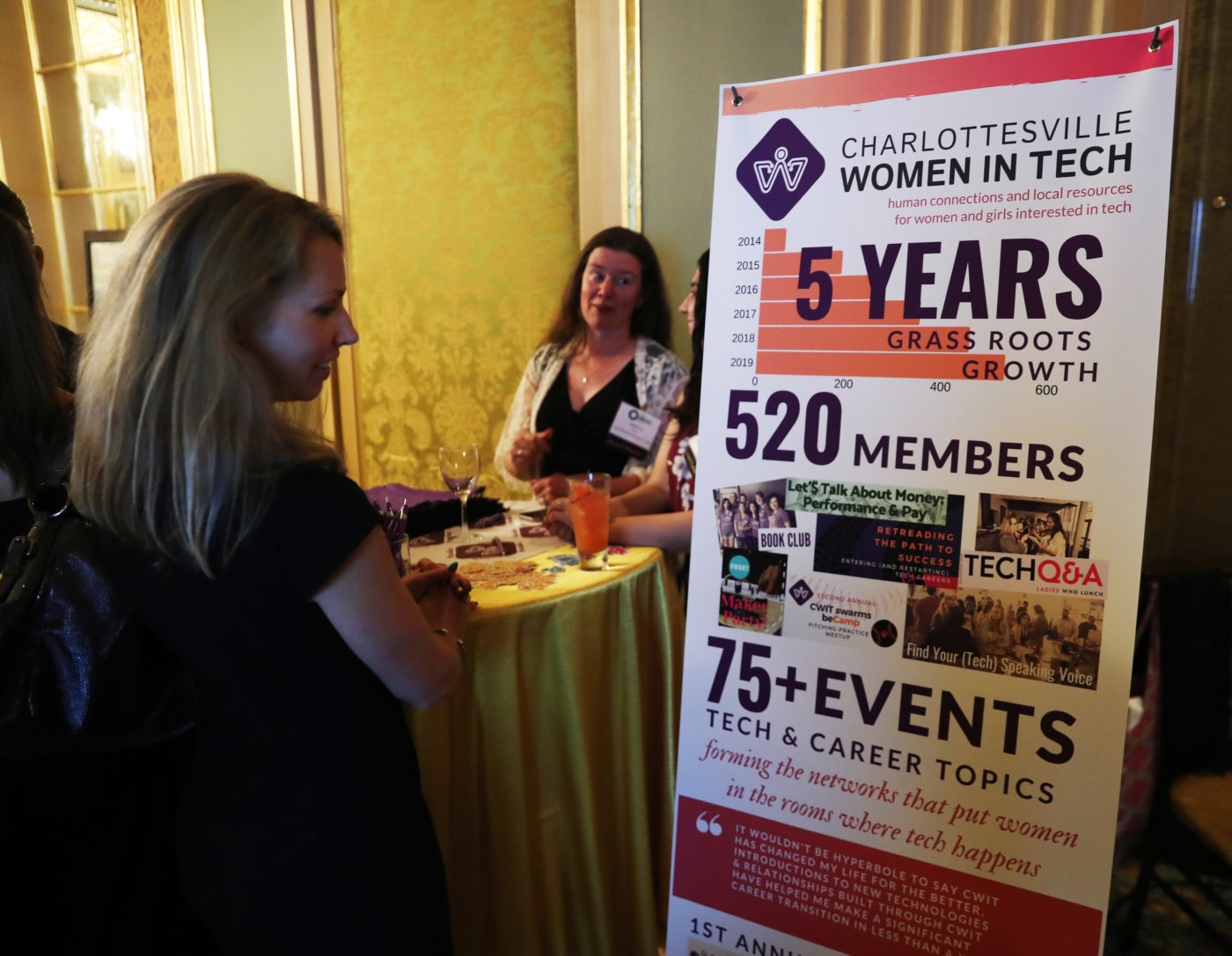 Local business owners and policy makers on Thursday attend a reception at the start of the Charlottesville Business Innovation Council gala at the Paramount Theater.

Aside from recognizing area businesses and educators, the Charlottesville Business Innovation Council on Thursday awarded scholarships and grants to support science, technology education and student entrepreneurship at its 21st annual awards gala.

“We want to make sure that everyone knows about the best of the best of what’s happening and encourage more companies to aspire to do and attain the things that these companies are doing,” CBIC Executive Director Tracey Greene told attendees of the gala, held at the Paramount Theater.

The CBIC has gifted more than $42,000 in grants to recipients of the Educator of the Year award to further the use of technology in classrooms since 2003. This year’s winner, Albemarle High School teacher Chris Bunin, received a $2,500 technology in education grant.

The CBIC also awarded two students scholarships of $2,500 each. To be eligible, students must plan to pursue a career in science, technology, engineering or mathematics and have attended one of the CBIC’s Tech Tours, a daylong event that introduces students to regional technology companies. This year’s recipients were Henry Pritchard and Zander Armstrong.

During the ceremony, the audience was instructed to go online or text their votes for three finalists for the Social Good Award. Finalists included the Charlottesville Angel Network, a nonprofit that supports entrepreneurial efforts through capital and mentorships; Charlottesville Women in Tech, a networking organization for women in tech or tech-adjacent career fields; and Hack CVille, an accelerator that fosters the talent of University of Virginia students.

The winner ended up being Charlottesville Women in Tech.

“It’s nice to get some recognition for the work that we’ve been doing to promote diversity in the Charlottesville tech community,” said co-founder and President Eileen Krepkovich. “We feel that CWIT’s success has really highlighted the need to have support networks for women who work in tech fields. We’ve seen our members network, successfully seek out career changes and share invaluable career advice through our events.”

David Slutzky, president and CEO of Fermata Energy, said his company was “under the radar” until Nissan partnered with his company in late 2018 to bring a new electric car to the U.S. Fermata also secured an investment from the Tokyo Electric Power Co.

“On the grid side, the biggest obstacle to scale adoption of wind and solar is the fact that you need energy storage designed into the grid. You have to have a place to store those electrons when the wind is blowing, and the sun is shining [and it] isn’t necessarily when the customers need the electricity. Without massive energy storage, we can’t really transition to renewables.”

Other awards included Business of the Year, which went to ChartIQ, and Startup of the Year, honoring MissionSecure. The Job Creator of the Year accolade went to S&P Global. The Student Entrepreneur of the Year is Elizabeth Tikoyan, a third-year student at UVa who created Riley, a mobile app social network for people with disabilities or illnesses, as well as caretakers. Jon Moriarty, who is a director on CBIC’s board and chairman of the organization’s marketing and communications committee, won Volunteer of the Year. 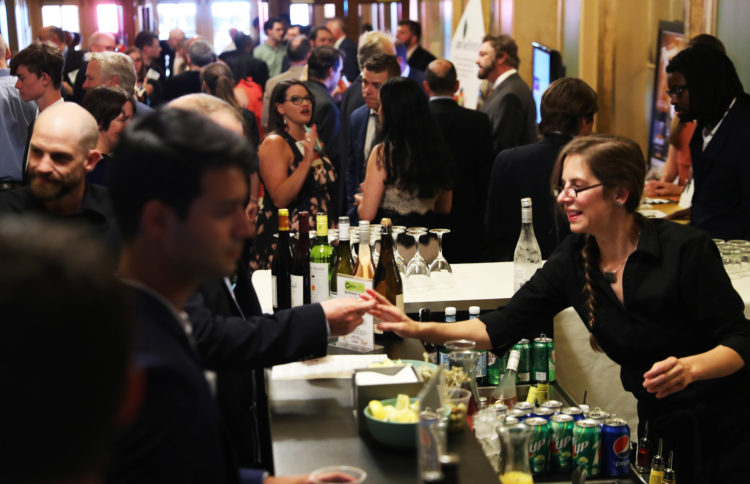 Aside from recognizing area businesses and educators, the Charlottesville Business Innovation Council in May awarded scholarships and grants to support science, technology education and student entrepreneurship at its 21st annual awards gala.