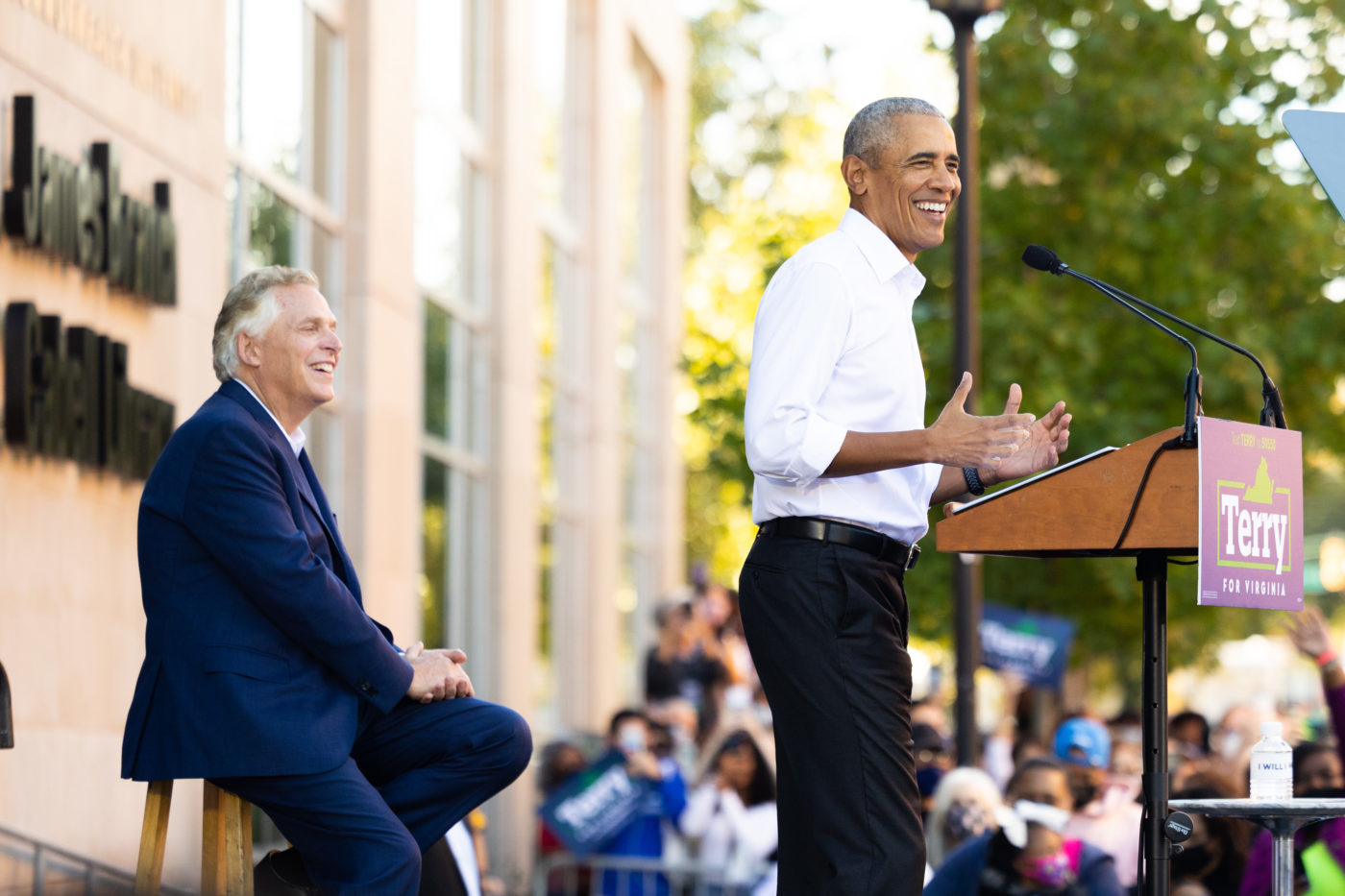 On Saturday afternoon, the energy shifted outside of Virginia Commonwealth University’s James Cabell Branch Library as he stepped out on stage. Enthusiastic cheers turned into ecstatic screams. A sea of cellphones sprouted out of the crowd to document his casual stroll across the stage. Flashing a smile to a crowd of over a thousand, former President Barack Obama took his spot at the lectern.

The response was deafening. 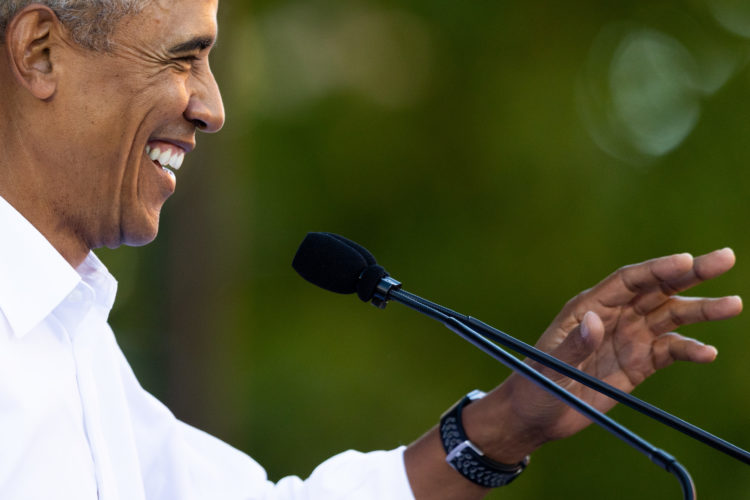 Just behind the former president sat Democratic gubernatorial candidate Terry McAuliffe, the enamored expression on his face mimicking many of those in the crowd.

Before introducing Obama to the stage McAuliffe spoke to the crowd about past accomplishments and future goals for the commonwealth.

“We have made tremendous progress over the course of eight years,” said the former governor, touting economic development that he helped achieve, like bringing Costar to Virginia creating over 700 jobs in the Richmond area, the expansion of Medicaid in 2018, and the recent legalization of marijuana.

He also brought up the restoration of voting rights of formerly incarcerated people. During his term he signed an executive order to restore voting rights. In the time since, a democratic-controlled legislature has been trying to enshrine automatic restoration in the state’s constitution. 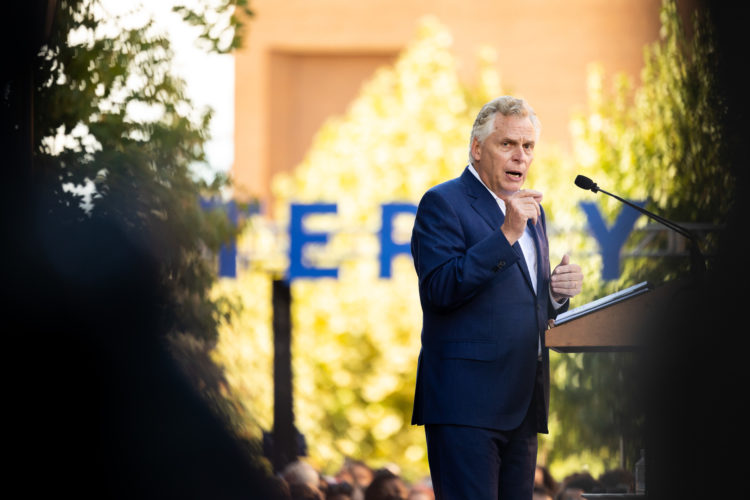 Should he be re-elected, McAuliffe promised that Virginia will in no way imitate recent abortion laws in Texas. He said he vetoed bills that would have negatively impacted clinics like Planned Parenthood.

“I will keep Virginia open and welcoming to all no matter who you love, the color of your skin, or who you pray to,” said McAuliffe.

When Obama addressed the crowd he spoke about how McAuliffe has already been governor, started his own business at age 14, and has a strong work ethic. He also took a few jabs at the Republican gubernatorial candidate Glenn Youngkin.

While McAuliffe often refers to his opponent as “Glenn Trump-kin” Obama said “the big message of Terry’s opponent is that he’s a regular guy, ’cause he wears fleece.’”

At the end of his speech, Obama and McAuliffe were joined on stage by McAuliffe’s wife Dorothy, Attorney General Mark Herring, and lieutenant governor candidate Hala Ayala. 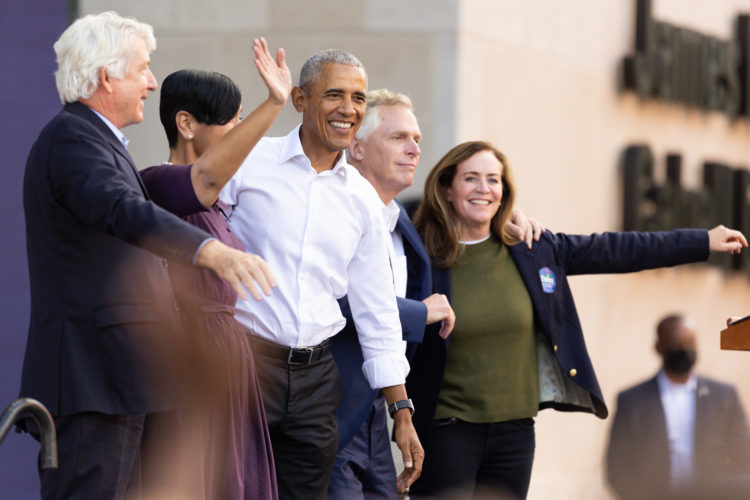 Like ants marching to their colony, a line of eager rally-goers stretched the length of the Downtown Mall on Sunday, inching toward Ting Pavilion. What could garner a crowd of that size in Charlottesville? Dave Matthews. 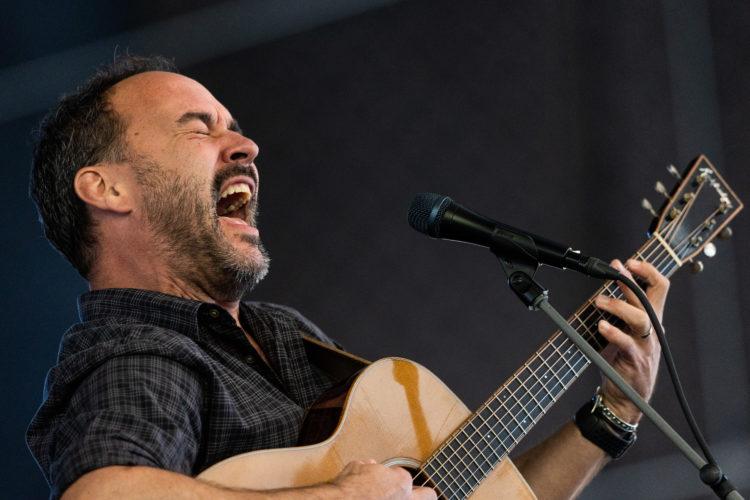 If it wasn’t the famous musician who they had come to see, then it was McAuliffe and the pair of high-profile democrats, DNC Chair Jaime Harrison and Stacey Abrams, who came out to stump for McAuliffe. 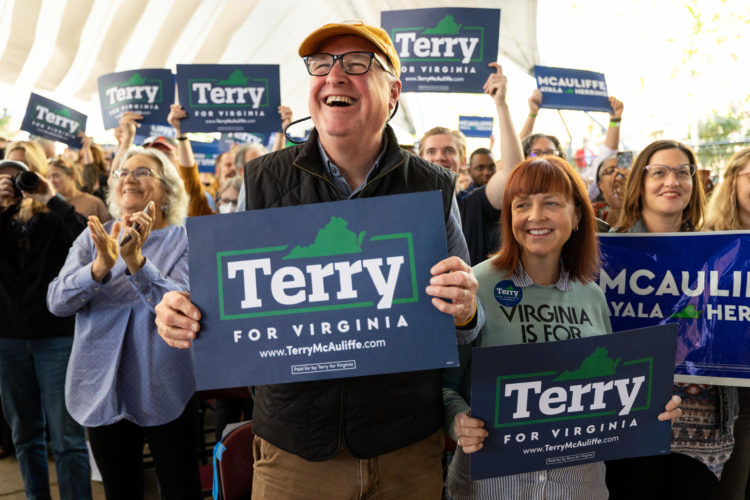 Both Harrison and Abrams encouraged people to go vote, with Abrams asking those gathered to remember how they felt in 2016 resulting in an audible groan from the crowd.

Matthews took the stage following the politicians to play an acoustic set. The set was a combination of crowd favorites interspersed with commentary on the importance of voting early and electing McAuliffe as governor. McAuliffe, Harrison, and Abrams stayed on stage, moving to the music and cheering with the crowd as Matthews crooned and wailed into the microphone. 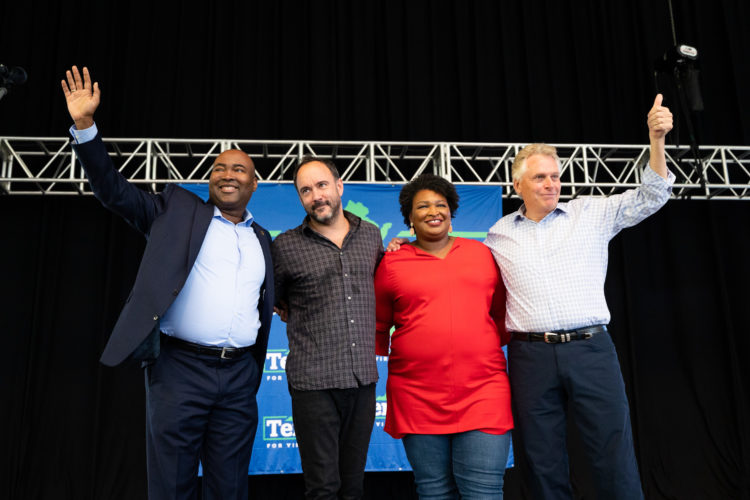