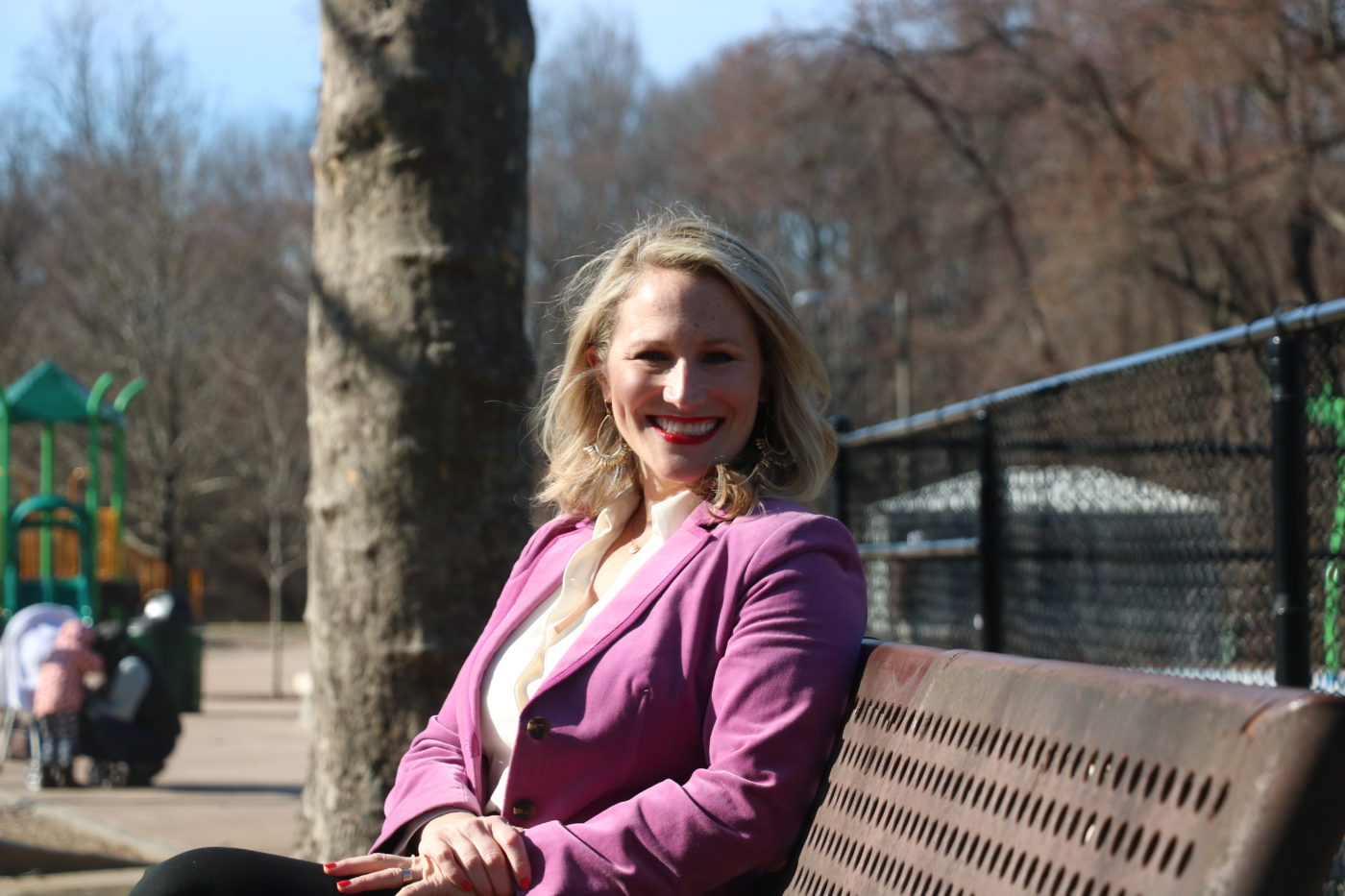 Bennett was motivated to oversee the playground project because, she said, it’s important to give back to her community. Her passion for helping others stemmed from her upbringing.

And, best of all, the students had the chance to vote on the final design.

Fifth-grader Tate Santiago said voting on the design made him feel like the school took his opinion seriously.

“I felt like [the second option] was a lot more active than the other one,” Tate, age 10,  said. “I’m just glad. I like swings, so I’m looking forward to the swing.”

Tate, who’s among more than 500 students who voted online, said knowing that there will be a playground is a good feeling.

Asla Nelson, also a fifth-grader at Walker, shares the same sentiment, saying she’s excited that there’s going to be a playground at her school.

“There’s never been a playground at Walker, and at my old school [Johnson Elementary School] there’s a playground. And without a playground, you would have equipment that you bring outside, like jump ropes and basketball. And that’s fun,” she said. “But I feel like that could get lost very easily.”

Nelson said she’s looking forward to playing with her friends because she does not get to see them a lot. Her favorite things to do on the playground is to climb and swing on the monkey bars because she likes gymnastics.

Christa Bennett, a mother of two city school children who is spearheading the project, said parents wrote to her, saying their children talked about the voting process as they decided which design they’d vote on.

“It was just a fun experience,” Bennett said. “To get an early taste of mattering, [parents] said that was important.”

Costing $134,000, the Walker Playground Project was announced earlier this year and was set to be completed by this fall.

The project began after Bennett learned that the division couldn’t afford a playground at Walker due to a lack of funding. So it’s now being funded by the community, including several foundations, individuals and anonymous donors.

With features including two large stations, a track ride, one climber and eight swings, the playground will be located at the north end of the school’s field, according to a project’s document.

“It will not be in the place of the soccer field or the basketball court, but rather in addition to the field and the court,” according to a document.

The pandemic affected the project in many ways, including forcing a city office that had to review the project’s final design, to shut down for several months, Bennett said.

“It just sort of slowed down the whole process,” Bennett stressed. “Now, we have to submit the final design to the Neighborhood Development Services and eventually make its way to the city engineer.”

The city should review it within 60 days, Bennett said, and send it back for any changes. That could be  followed by an additional 45-day time period to review it again. Bennett is hopeful it won’t take that long.

“We have to look at whether students are in the building at that time. And if we can begin building without disrupting the school schedule, if it’s back to in-person,” Bennett said. “Those are a couple of factors that we’re looking at.”

Bennett said back in May that most of the Walker students responded to an online survey letting her know what they would like on the playground.

“This is how we know, for example, that they wanted to swing and hang and climb. They identify the different activities that they would like to do. I am so proud and thankful to the students for their involvement in this. And I think that’s what makes this project a really exciting one,” she said.

“This is all in response to a budgetary process that students did back in 2018, where all sixth-graders were involved in the process, and they identify the playground as one of the top things they wanted for their school. This is all in response to students. And I’d love to see more both projects and policies that are led by students in the future.”

Laura Santiago, a city school parent, said the Walker Playground Project is “very exciting,” adding that she commends the people who were able to raise the money.

“I’m sad that we had to use private funding for it. We couldn’t get it done with the city money, but I’m excited,” she said.

Earlier this year, a campaign launched by the Legal Aid Justice Center called on Virginia politicians to better fund public schools in which Executive Director Angela Ciofi cited Walker Upper Elementary School, which houses fifth and sixth grade, as a prime example of an underfunded school.

Ciofi also argued that Virginia is among the nation’s wealthiest states, yet it is the lowest in terms of state support for public schools.

A Playground for Walker, the organization that raised money from the community to build the playground, is not only building the playground at the school.

“Once we got into the site, and then [we were] really taking a look at it, we saw the handicapped access for the community, the soccer field and the site to the playground will be not up to code,” Bennett said. “So, we’re funding a pathway.”

Because of these new features, the budget for the project has been increased by almost 25%.

“Having to add these features is going to be really beneficial to the city, but it also just makes the process a little bit longer. But in the long run, it will be beneficial to more community members.”