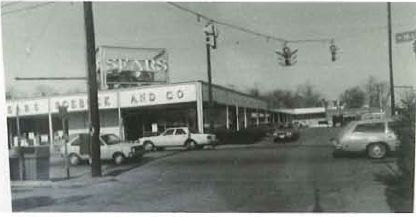 The owners of seven buildings on West Main Street will now have to ask city officials for permission should they ever wish to demolish their structures.

The Charlottesville City Council voted 3-2 earlier this month to amend the West Main architectural design control district to add a layer of review to the structures and to remove the protection from three others.

“All of the buildings that we propose to be changed to ‘contributing’ are related to the history of West Main Street,” said Mary Joy Scala, the city’s historic preservation planner.

City code states that a “contributing” structure is one that “by location, design, setting, materials, workmanship, feeling, or association adds to the [historic] district’s sense of time and place and historical development.”

Buildings with this status cannot be demolished without permission from the Board of Architectural Review.

The changes were made at a time when several buildings are under construction along West Main. Additionally, the city has paid a consultant $340,000 to develop a streetscape plan that could include recommendations to the city’s zoning code.

Councilors Kathy Galvin and Kristin Szakos voted against the changes.

“This is really going to possibly stymie some development and it’s premature,” Galvin said.

“I don’t see it as a huge barrier to redevelopment but it is a pause to say, ‘let’s think about how we can preserve our story,’” Smith said.

Buildings that have been changed to “contributing” currently house Shenanigans, Horse and Hound, Mel’s Café, the Islamic Study Center, the former Under the Roof building and the University of Virginia’s Stacey Hall.

One unoccupied building, the former Team Tire building at 1001 W. Main, also was added to the list, over the objections of its owners.

“They’re putting this additional hurdle in place that is effect a backdoor downzoning,” said Mark Green, a developer who has entered into a 99-year lease to manage the property.

Green said he and his partners believe in historic preservation, but that he does not see any value to the former Team Tire building, portions of which date back to 1920 according to city records.

“In the short run, our intention is to renovate and reuse the building,” Green said in an interview. “But in the future, that building will be not appropriate for the zoning and we feel that at the time we decide to go with something else, we should be allowed to.”

The corridor has traditionally been a transportation hub for Charlottesville. In the 19th century, hotels and restaurants sprang up to support passenger rail service. In the 20th century, the automobile came to dominate the corridor, as there were as many 12 service stations and six car dealerships on the road, according to Scala.

Szakos said she was concerned about protecting the street’s automotive culture, one she has encouraged be replaced with a focus on biking, walking and public transit.

“One of the concerns about that corridor is how underused the land is, and it is largely underused because it was gas stations and car dealerships,” Szakos said. “To set that in stone as what we’re trying to preserve sort of preserves the very thing we’re trying to not have there anymore.”

Scala said many of the service stations have been adapted for use as restaurants and stores, such as in the Main Street Annex building. She said being recognized as a contributing structure is not a barrier to redevelopment.

“If the BAR denies [a demolition request], then it can be appealed to City Council and they can make that decision,” Scala said. “I think there are different ways to use the buildings besides tearing them down and it’s always preferable to look at that first.”

Galvin said the district should not be amended until after Rhodeside & Harwell have finished its work on the streetscape.

Scala said the consultants have been asking her which buildings are significant.

“I am giving them this information, and they are using it to inform their decisions,” Scala said. “The decisions they are making in terms of what the massing should be really needs to be informed by which ones are significant.”

The council debated whether it should remove Stacey Hall from the list. The building was constructed in 1958 as a Sears Roebuck. The business moved to Fashion Square mall in the early 1980s and the building was converted into an office building.

“Is that really what we want to be preserving and making it hard to change into something else?” she asked.
Scala said Stacey Hall is an example of a modern building from the mid-20th century.

“If you tear down all your modern buildings, you’re left with this gap in history,” Scala said.

Councilor Dave Norris said he felt it was appropriate to add the additional layer.

“I was impressed by how many of the structures on this list are of importance to the African-American community, and this step today would
send a signal that’s part of our history we do value,” Norris said.

In September, the BAR voted 8-0 to approve demolition of Republic Plaza. The structure was built in 1988 and will be torn down and replaced with a six-story apartment building that will be marketed to UVa students.

Both contributing and non-contributing structures must get design review, according to Scala.