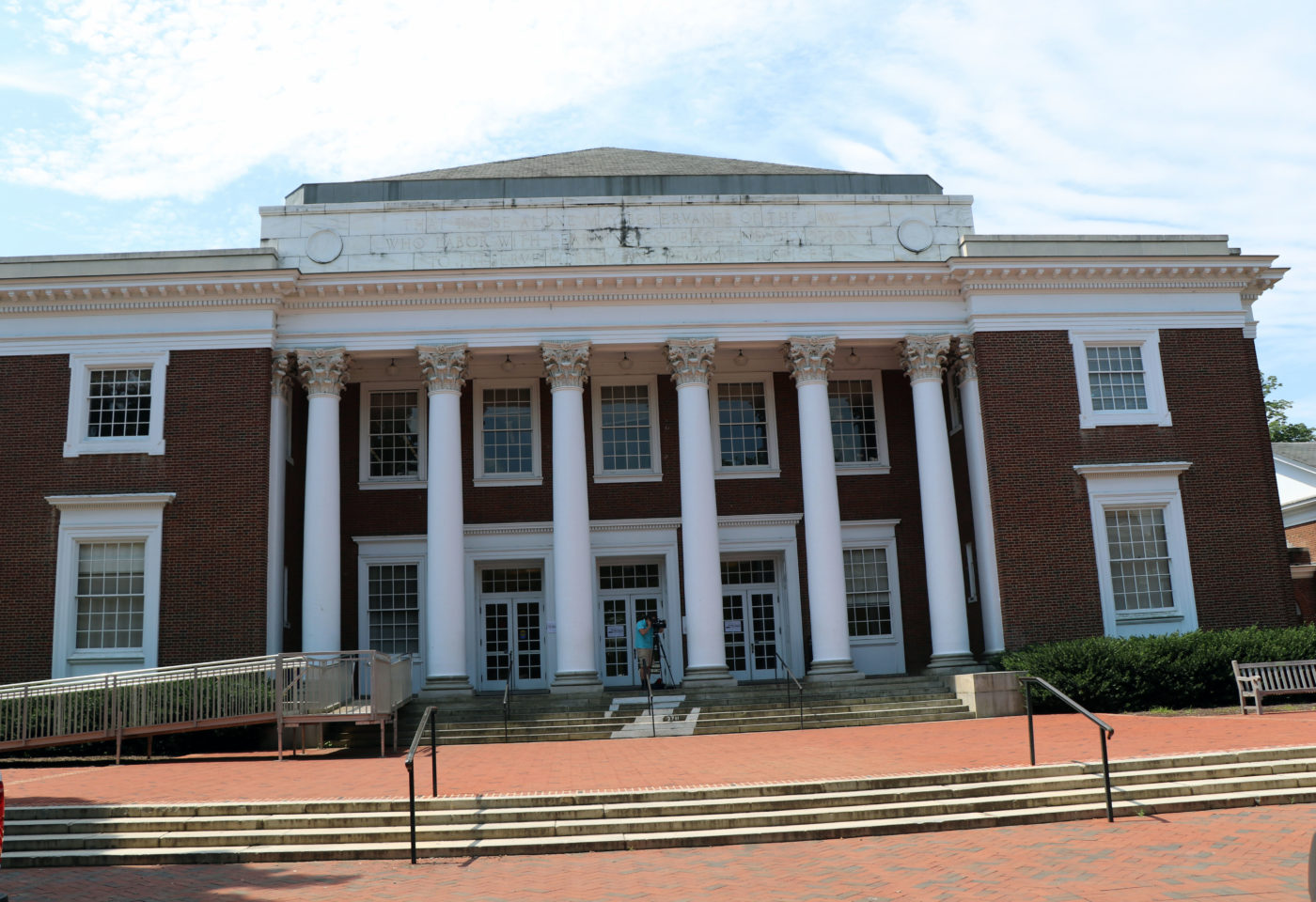 Clark Hall has undergone a retrofit as part of University of Virginia's pledge to the U.S. Department of Energy's "Better Buildings Challenge."

University of Virginia is taking action with its “Delta Force.”

The university has pledged to the Department of Energy’s Better Buildings Challenge, and the DOE on July 16 recognized UVa’s retrofitted Clark Hall. It’s the first of hundreds on buildings on Grounds that UVa plans to improve to reduce their carbon footprints.

The university also recently added hybrid vehicles to its fleet.

Within Clark Hall, the university has converted all 5,000 interior and exterior lighting fixtures from fluorescent to LED, installed low-flow toilets and faucets, re-calibrated air handling units and upgraded heating and cooling controls. 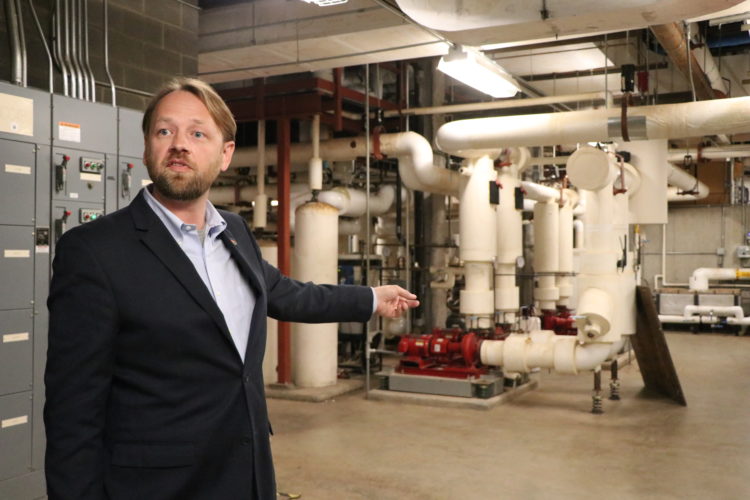 As a result of the project, Clark has achieved annual energy savings of $750,000 and annual water savings of $22,000. The historic building, once a part of the School of Law, opened in 1932. It currently houses the Department of Environmental Sciences and the Charles L. Brown Science & Engineering Library. Considering Clark’s status as a multipurpose building – it also is home to classrooms, office space, a library, a cafe, laboratories, exhibits and laboratories – the university received input from several stakeholders.

Other organizations participating in the challenge can use that information to build on existing knowledge, she said.

“There’s a lot of learning that can come from a community committing to driving efficiency,” Vargas said.

The overall project, which took a year to complete, also included altering the different types of laboratories to conserve more energy.

Warren said the labs that were used for computations, as opposed to working with chemicals, did not need the same level of airflow and were altered accordingly.

“When we went through with the ventilation changes it had two benefits: one, it saved energy because now we’re not conditioning all that excess air,” Warren said. “Two, it’s quieter. Those lab units run at a high velocity and we were able to turn down the air velocity and turn down the noise as well.”

Heating and cooling valves beneath the building have been converted to digital controls for more effective monitoring and ease to turn on and off.

“All of our cars are digital,” Warren said. “So why wouldn’t our valves be?” 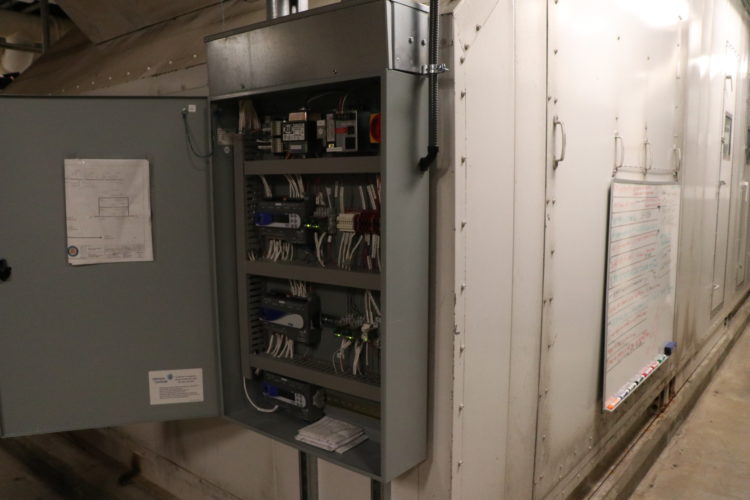 Pneumatic controls for the building's HVAC have been replaced by digital controls.

As for the LED lightings installed throughout the building, Warren says they’re not just more energy efficient, but don’t need replaced as often, and is projected to achieve about half of lighting energy in savings.

Concerning the retrofitting of buildings across campus, Warren said  that the team has retrofit more than 50 buildings so far, and there are about a dozen projects in progress currently, to include Thornton Hall and Bavaro Hall.

Looking forward, the university has other sustainability projects on the horizon that also align with its Greenhouse Gas Action Plan. Warren said that through the plan 100 of the campus’ 500 buildings were identified that use about 90% of the university’s energy. The team will prioritize them and continue to retrofit other buildings to reach emissions goals.

“[The Plan] identifies that we need an annual reduction of 30,000 tons of greenhouse gas emissions from our existing buildings to reach our emissions goal.  Through projects like Clark Hall, which saves almost 3,000 tons of carbon emissions per year, we are well on our way to reaching that goal.”