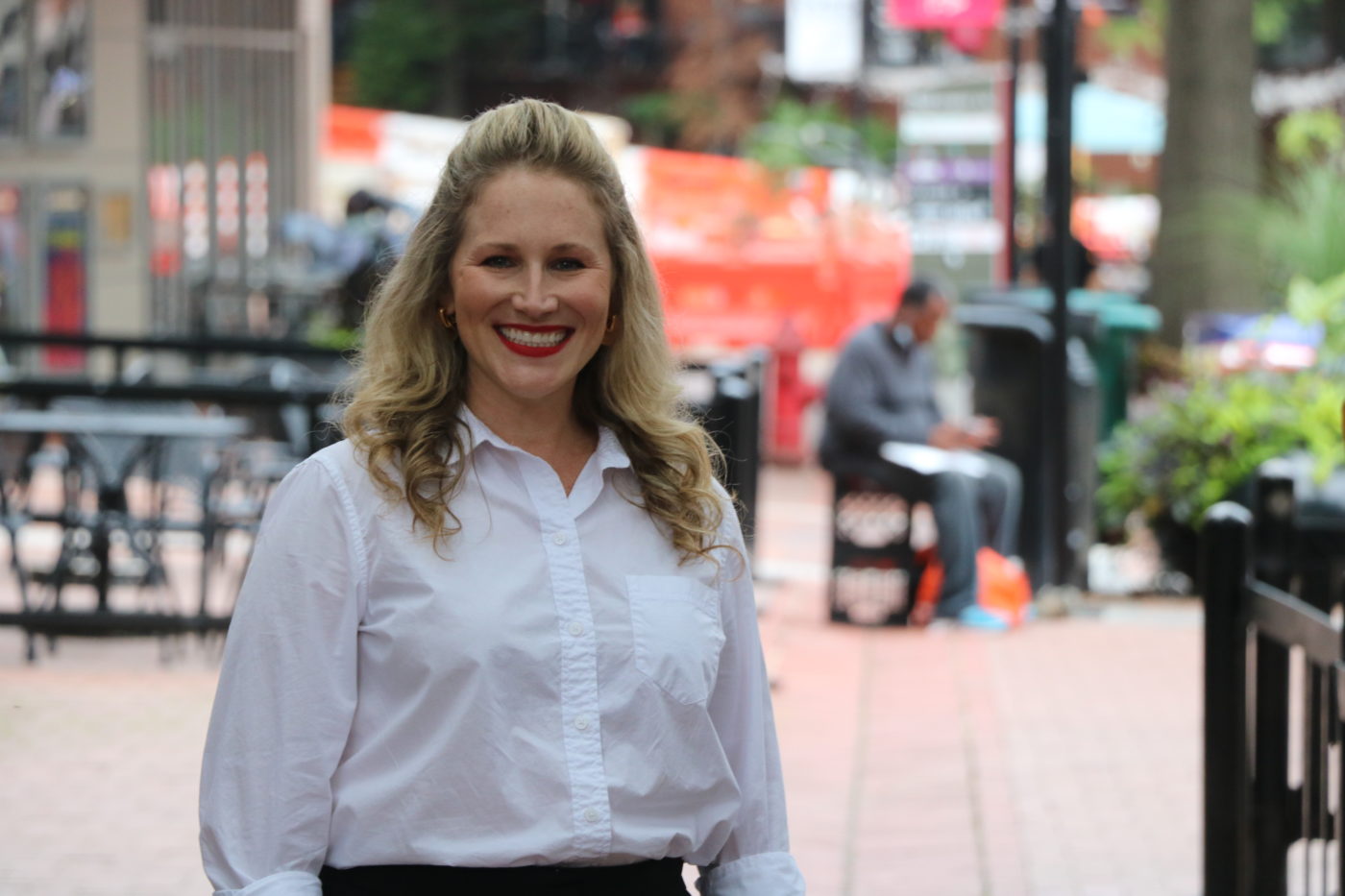 Calling herself the “Get Stuff Done Candidate” on her campaign website, Christa Bennett is already used to getting things done. And if elected to Charlottesville City School Board, she wants to make sure others can advocate as well.

In 2018, Bennett successfully lobbied for and fundraised for a playground at Walker Upper Elementary School.  Bennett also advocated for local schools to not restrict recess as a punishment and not require weighing students in gym class in 2017 — both changes were adopted by the district. She has served on the School Health Advisory Board for City Schools since that time.

Her work for the playground entailed coordinating with officials in various city departments, a familiarity she said she will bring to her seat on the school board if elected.

Investing in preschool is a priority for Bennett if elected and she’d like to bolster enrollment. The topic fits in with a forthcoming reconfiguration project.

The current school board is working toward a school reconfiguration project that would redesign Buford Middle School into a traditional middle school — placing sixth-, seventh-, and eighth-grade students within it as well as transform Walker Upper Elementary School into an early childhood education center. Sixth grade students would move up to the redesigned Buford while fifth graders would go back to the city’s elementary schools.

Bennett, who is in support of the reconfiguration project, said that the current student body makeup and needs for repair point to historic inequities that the renovation project can help fix.

“The buildings are definitely not up to what we want to offer our students. Especially when we consider the fact that Walker and Buford, the racial demographic there, is tilted. The data supports the fact that white parents have taken their kids out in those grades and then they come back at [Charlottesville High School],” Bennett said. “I think the students deserve a really good school and a school that will facilitate learning.”

As the community advances toward funding the  project, Bennett says her knowledge of how to leverage resources from state and local funding will be helpful.

“It’s not just enough to say you support it, you’re going to have to have experience with community organizing and legislative advocacy as well,” Bennet said.

For example, she understands the limitations for tackling issues like raising teacher pay in local budgets that have to be approved by city council. Bennett plans to continue advocacy work for state funding to raise salaries and she commends the General Assembly for granting local governments collective bargaining abilities.

Bennett also feels that standardized testing is not the best assessment of student success and hopes to help the state move away from prioritizing it.

Additionally, Bennett explained that she supports the efforts to infuse equity into policymaking that the current board is doing, and has ideas for how to enhance those efforts.

“Something the school board has started and I think that we can make even greater gains on is equity,” Bennett said. “For me, as a white woman, I want to follow Black leaders and Latinx leaders in our community that are already doing amazing work. We can follow their lead and do more to incorporate the services and work we are seeing organizations doing, we can incorporate that in our schools.”

The thread that ties Bennett’s policy goals together is equity. She explained that she will continue advocacy work from the physical or virtual dais if elected.

“We hear about quote-unquote ‘achievement gaps’ with students. It’s not really an achievement gap, it’s an educational debt,” Bennet explained.  “It’s not that these students haven’t achieved, it’s that we as a society and schools have systemic racism.”

Bennett first moved to Charlottesville with her husband in 2012 for his job at the University of Virginia Health Systems and they have two children in public schools — one at Buford and another at Jackson-Via Elementary School. The family loves Charlottesville so much that Bennett’s husband now commutes from his job at John Hopkins in Baltimore a few times a week.

Meanwhile, Bennett’s day job also involves connecting people to resources. As Chief Operating Officer for the nonprofit Strive For College, she has experience matching students with financial need to mentors who can help them navigate their pathways to college. However, she added, higher education is not every student’s goal and as a school board member she would continue to support a variety of pathways for students.

Another insight she hopes to bring to the board is that she currently has students in the public schools she would serve as a member of the board.

“It’s really important to bring a parent’s perspective to a school board,” she said. “Not that every school board member should have school-age children, but some of us should.”