When to expect election results this year 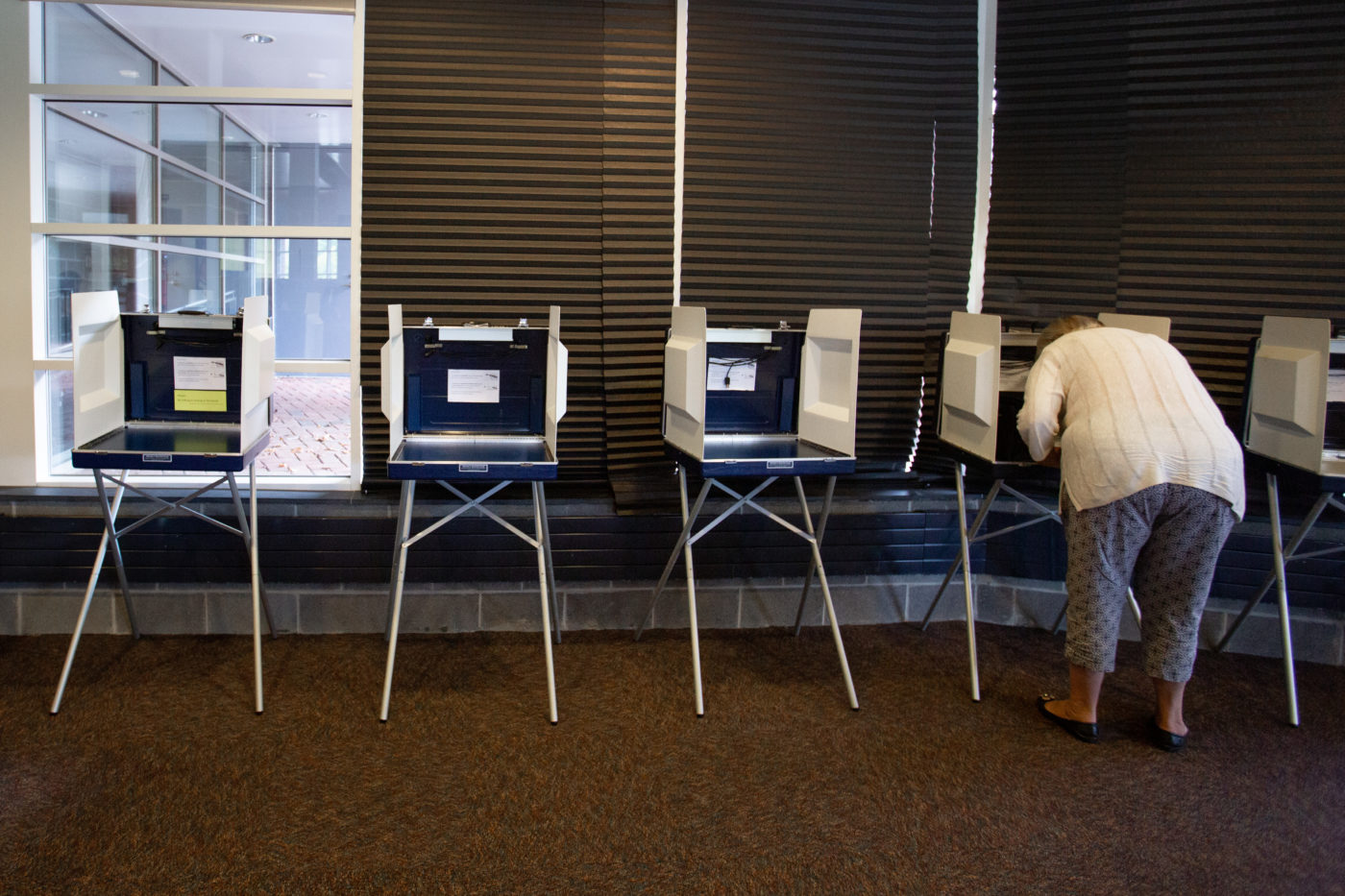 A person votes in Albemarle County on the first day of early in-person voting, Sep. 18, 2020.

2020 has not been a traditional year in any sense of the word. Its elections won’t be, either.

Though election night will yield results from day-of and early votes, its numbers won’t include all absentee or provisional ballots just yet.

Absentee ballots can be received by Virginian registrars by noon Friday, Nov. 6 and registrars have until Nov. 10 to finally calculate and verify every ballot.

According to Albemarle County Registrar Jake Washburne, early in-person votes will be tabulated on election night and reported to the Department of Elections. Localities will have until 11 p.m. that night to report results before pausing and resuming the process the following day.

Washburne says that there has been a “great number of mail-in ballots” that have already been processed — meaning those early votes have been run through the scanning machines but the registrar has not yet hit the button to tabulate them, which registrars cannot do until after 7 p.m., when polls close on Election Day.

Once that happens, for Albemarle at least, the majority of votes will have been counted. As of Nov. 1, more than 41,000 people have already voted in person or by mail. The city of Charlottesville has already seen more than 17,000.

“I suspect that we will be able to report over 90% of all early voting – both in-person and by-mail – on election night,” Washburne explained. “We will then have to wait until after the noon Friday, November 6 deadline to catch the latest-arriving mail-in ballots, under the new law that extended the time period for their return.”

While localities around the 5th Congressional District may have a clearer sense of which candidates prevailed for the U.S. Senate and presidential races on election night or throughout the week, Washburne says it could be a bit longer to learn who will succeed Republican Rep. Denver Riggleman in the U.S. House.

“The Department of Elections advises me that as of right now — based on analyses done of every congressional race in the country — VA-5 is the closest!” Washburne explained.  “So it may be a while before we know the final result on that one.”

Geographically, the 5th District is the state’s largest, spanning more than 20 localities from the North Carolina border and nearly to Maryland’s.

Dr. Cameron Webb, director of health policy and equity at the University of Virginia, has been vying for to represent the district as the first Democrat to hold the seat in a decade, while Bob Good, a former Campbell County supervisor, who identifies as a “bright red conservative” aims to secure the district’s usual Republican leaning.

Throughout the race various reports and polling have indicated close margins between the candidates, with Cook Political Report and UVA professor Larry Sabato’s Crystal Ball both labeling the 5th District as a “toss up.” However, as of Nov. 2, Crystal Ball moved its label back to “leans Republican.”

According to the National Conference of State Legislatures, Virginia is among a dozen states whose election results will be verified in up to seven days, while many states can take up to three weeks  — meaning the presidential race could potentially take longer to be verified.

With Nov. 10 as the final deadline for registrars to validate provisional ballots and ascertain election results, it’s possible complete results for the 5th District will not be defined until then.

Election Day is more like Election Week this year in Virginia.